A rather less popular Chinese smartphone maker Digione has revealed today that it sent a letter to Apple back in September, claiming that the iPhone 6 may infringe on a company-registered patent as it looks quite similar to one of he Chinese company’s latest products. According to MacWorld, the patent in question covers a mobile phone design that features an exterior look very similar to the iPhone 6’s. 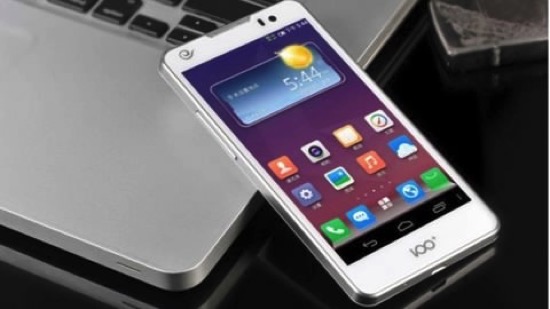 According to China’s State Intellectual Property Office, Digione applied for the patent in January this year and the company was granted the patent in July. The report notes that Digione’s smartphone brand 100+ also took to Weibo this week and posted the letter it had sent to Apple. “We believe that a communication with goodwill would contribute to solving potential legal disputes,” the letter said.

Unlike the iPhone 6, which starts at 5288 yuan (US$863) in China, Digione’s own smartphone under the 100+ brand is targeting the low end, with a starting price at 799 yuan. The product also has a much larger screen, at 5.5 inches, and runs an 8-core processor from MediaTek, along with a modified version of Android from Chinese search giant Baidu.

Back in 2012, Apple had to pay $60 million for the iPad trademark in China, after a domestic firm named Proview claimed to still own it.