According to the online advertising and web analytics firm Chitika, the ad impressions generated by Apple’s two new iPhones over the weekend suggest that the adoption rate for the iPhone 6 is 1.5%, compared with merely 0.2% for the iPhone 6 Plus. The research firm notes that the iPhone 6 Plus has also been selling out in some stores, indicating that Apple hasn’t been able to keep up with consumer demand. 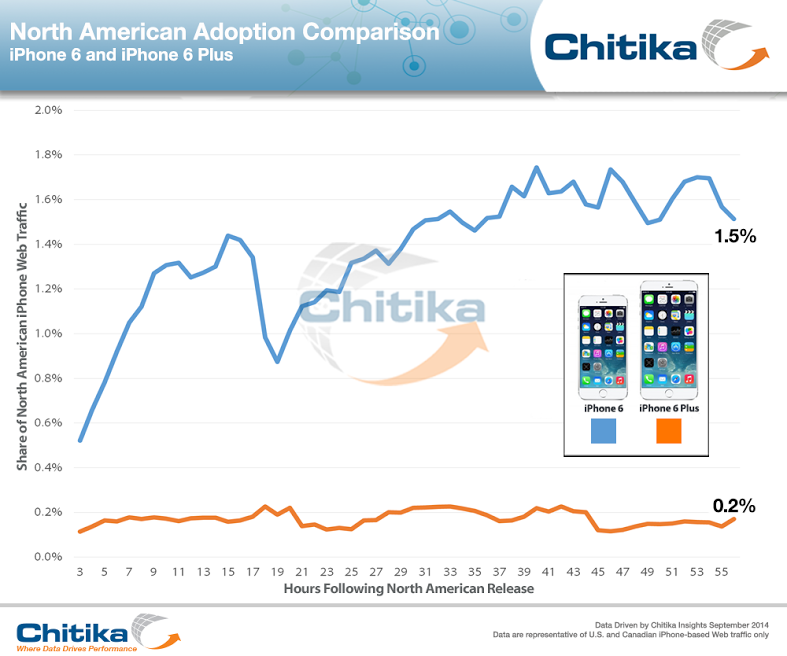 “iPhone 6 users are generating a steadily growing portion of North American iPhone Web traffic, surpassing a 1.5% usage share less than two days following the September 19 launch. That figure is roughly one percentage point behind what we observed for the iPhone 5 over the same time period following its public release, but it is nonetheless a notable achievement. For some perspective, it took North American Samsung Galaxy S5 users over a week to generate a 1.5% share of Samsung smartphone Web traffic”.

Meanwhile, Mashable notes that Chitika is the only researcher to identify a disparity between adoption of the two devices, as Mixpanel is reporting a similar breakdown too, as shown in the following graphic. 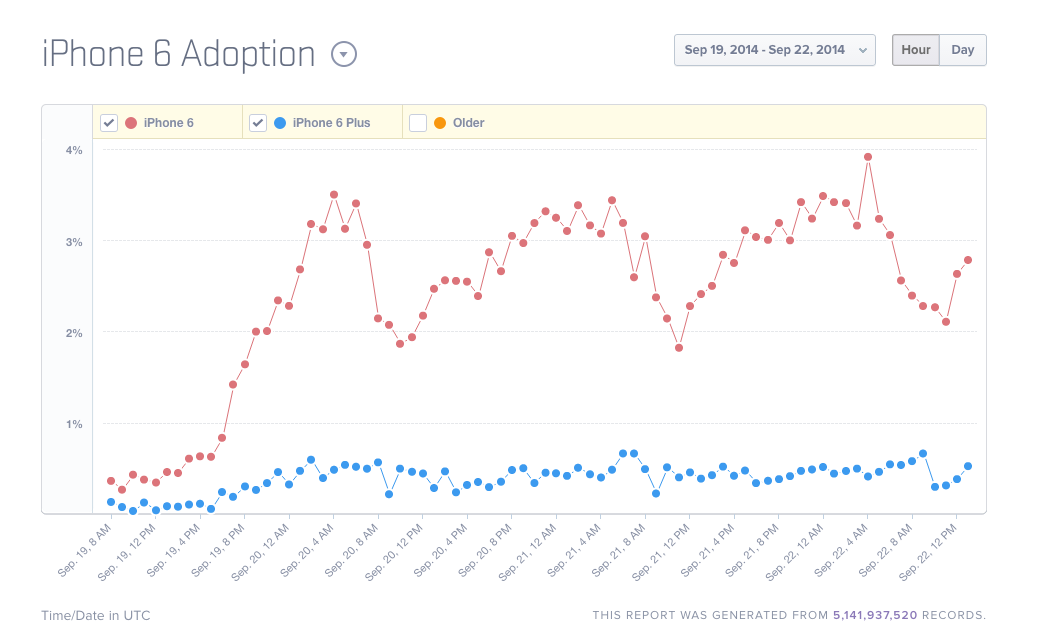 Earlier today, Apple announced that it sold more than 10 million iPhone 6 and iPhone 6 Plus devices over the opening weekend, setting a new record.