This March marks the arrival of International Women’s Day around the world and to celebrate the occasion, Waze is welcoming pop star Christina Aguilera, who has a long history of advocating for women and underrepresented voices. 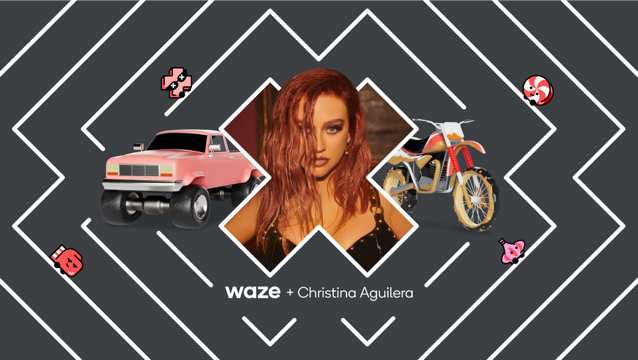 “International Women’s Day is a significant reminder that we are still fighting against gender bias and stereotypes,” Christina says. “Partnering with Waze has allowed me to unify my voice with a community of people who care about helping one another.”

The Xtina experience on Waze takes fans on a journey through her life and work, from her “Genie in a Bottle” beginnings to her breakout as a fierce and liberated woman in “Stripped,” to her current hits like “Pa Mis Muchachas,” that draw from her Latin roots.

Drivers can choose one of four Moods — Magical, Feisty, Sweet, or Strong — and drive in style in the Dirrty Bike or Pinkup Truck.

The experience on Waze launched March 1 and is available for a limited time with voice navigation in English and Spanish. Visit Waze or tap “My Waze” in your app and find the “Drive with Christina Aguilera” banner.