Google has today announced the release of a new data compression feature for its Chrome mobile web browser, allowing users to reduce their data usage on smartphones and tablets. Google claims that the new optional data compression feature, that is coming to Chrome for Android and iOS, can reduce data usage by up to 50%. Google says the feature will roll out via app updates on the iTunes App Store and Google Play Store over the next few days. 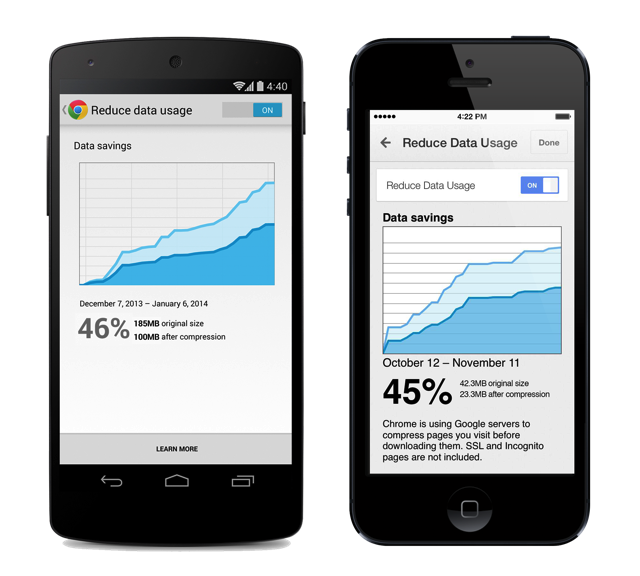 Google software engineer Matt Welsh writes on the official blog that Chrome for Mobile will have a setting called “bandwidth management” with a selection “reduce data usage” which can be toggled on. The interface will also show how much bandwidth has been saved. Furthermore, the feature also enables Chrome’s Safe Browsing technology which helps protect users from malicious webpages.

“To start saving data and turn on an even more secure browsing experience, visit “Settings” > “Bandwidth management” > “Reduce data usage.” Then simply turn the toggle to “On.” From this menu, you’ll also be able to track how much bandwidth you save each month as you browse on Chrome.”

Other new features coming to Chrome for Mobile include built-in translation feature for iOS and website shortcut creation on home screen for Android.