If you’re a CIBC customer, the bank wants you to make debit card purchases with Apple Pay. If you make 5 purchases, you’ll get a $5 cash bonus, according to the latest promo sent to customers. 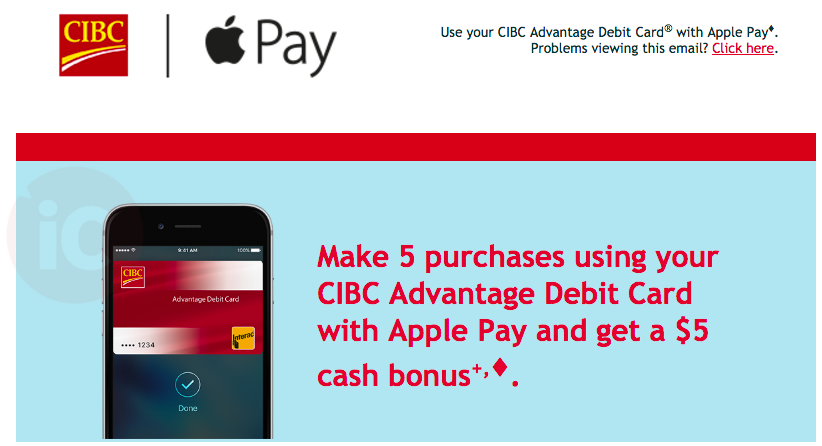 You just need to use your CIBC Advantage Debit Card for 5 Apple Pay purchases between October 1 to October 31, 2016, to get your $5 bonus, which will appear as a credit on your account, in the following month or two after the promo ends.

This isn’t the first time we’ve seen a bank offer an Apple Pay promo for debit, as Scotiabank offered 10% cash back earlier this summer for customers.

Let us know if you received this targeted offer and if you’re going to jump on it.

Update: The targeted promo is offering $20 cash to Aventura customers.

The latest video from Mrwhosetheboss reveals some Samsung smartphones are suffering from a swollen battery issue. Samsung dealt with a Galaxy Note 7 fiasco in 2016, when batteries for the smartphone were catching fire worldwide. Now, it appears some older Samsung phones are seeing batteries swell up, even when off and in storage. The tech […]
Gary Ng
44 mins ago