Cineplex has announced SCENE members will be able to get free popcorn on Saturday, January 19, 2019, as part of National Popcorn Day. All you have to do is show your SCENE app or membership card at theatres to get a free bag of small popcorn: 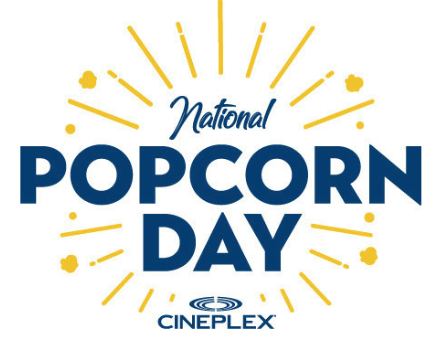 To take advantage of this delicious deal, SCENE members can visit any one of Cineplex’s 165 theatres from coast-to-coast and scan their membership card or barcode on the SCENE app at the concession counter. The offer is valid for one small bag of popcorn per SCENE member and cannot be combined with any other concession offers, combos or promotions.

For this week, Uber Eats customers who order Cineplex concession items with promo code POPCORNDAY will be entered into a contest to win free popcorn for a year, in the form of a Cineplex gift card.

According to Cineplex, they anticipate serving over 300 million kernels of popcorn on National Popcorn Day in 2019, up from 200 million kernels from last year. The company says about 29 billion popcorn kernels are popped annually, or if laid end-to-end, enough popcorn to “climb the CN Tower in Toronto nearly one million times.”

Back in December, the Cineplex iOS app gained support for Apple’s Wallet app to let iPhone users show movie tickets on their lockscreen.