While other smart home security manufacturers are slowly adding support for Apple’s HomeKit Secure Video to their existing security cameras, Logitech’s new Circle View will work with — and only with — HomeKit Security Video right out of the gate. 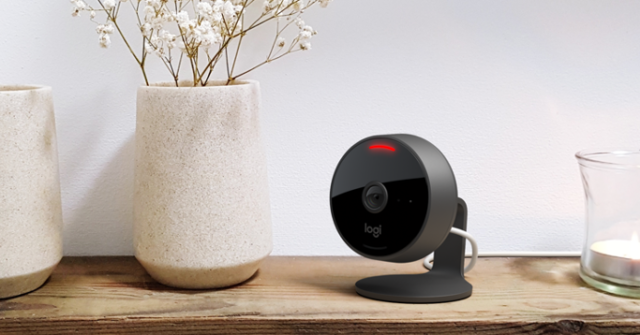 The Circle View is a refresh of Logitech’s old Circle 2 smart camera, which featured support for HomeKit, Alexa, and Google Assistant. Like its predecessor, the Circle View records and streams 1080p video with a 180-degree field of view, has an IR camera for night vision, and is weather-proofed for indoor or outdoor use, reads a new press release.

Logitech has made some serious alterations to the new camera’s form and function, however. The new Circle View camera is exclusively built around Apple’s HomeKit Secure Video system, which encrypts and stores video directly to the iCloud. Logitech doesn’t have access to your recordings, and cannot charge you a monthly subscription fee. Still, Apple requires that you pay for a 200GB or 1TB iCloud storage plan to use its service with the Circle View camera.

“Get secure video you can trust with the Circle View Apple HomeKit-enabled security camera – built with the best-in-class Logitech TrueViewTM video experience, enhanced privacy features, and a design that’s crafted for your home,” reads the description.

The Circle View is only available in a wired option, which utilizes a 10 foot USB cable for power. The camera connects directly to home networks via 2.4Ghz Wi-Fi and does not require a dedicated hub. Remote access is provided through an active HomeKit hub, such as an Apple TV, HomePod, or iPad. There is also no dedicated app for the camera, with set up and controls being available exclusively through Apple’s Home app.

The Logitech Circle View camera is available to order this month and is priced at $159.99 USD.