An interesting new study released by Consumer Intelligence Research Partners (CIRP) indicates that Apple’s customers tend to be richer and better educated than Samsung’s (via Fortune). Also, the study reveals that over the past one year, 20% Samsung users switched to an iPhone, while only 7% Apple customers switched to Samsung, meaning the Cupertino company wins 3 times as many smartphone customers from Samsung as Samsung does from it.

Another interesting fact highlighted by the report is that given the theme of Samsung’s “next big thing” TV ad campaign, iPhone owners also tend to be younger than Galaxy users. The latest CIRP report is based on four quarterly surveys of smartphone buyers from July 2012 to June 2013. Each survey consisted of 500 subjects who purchased a mobile phone in the preceding 90 days.

Here are some of the report’s key findings:

The report also notes that Samsung drew more customers from HTC, Motorola and Nokia, while Apple drew more from Blackberry. 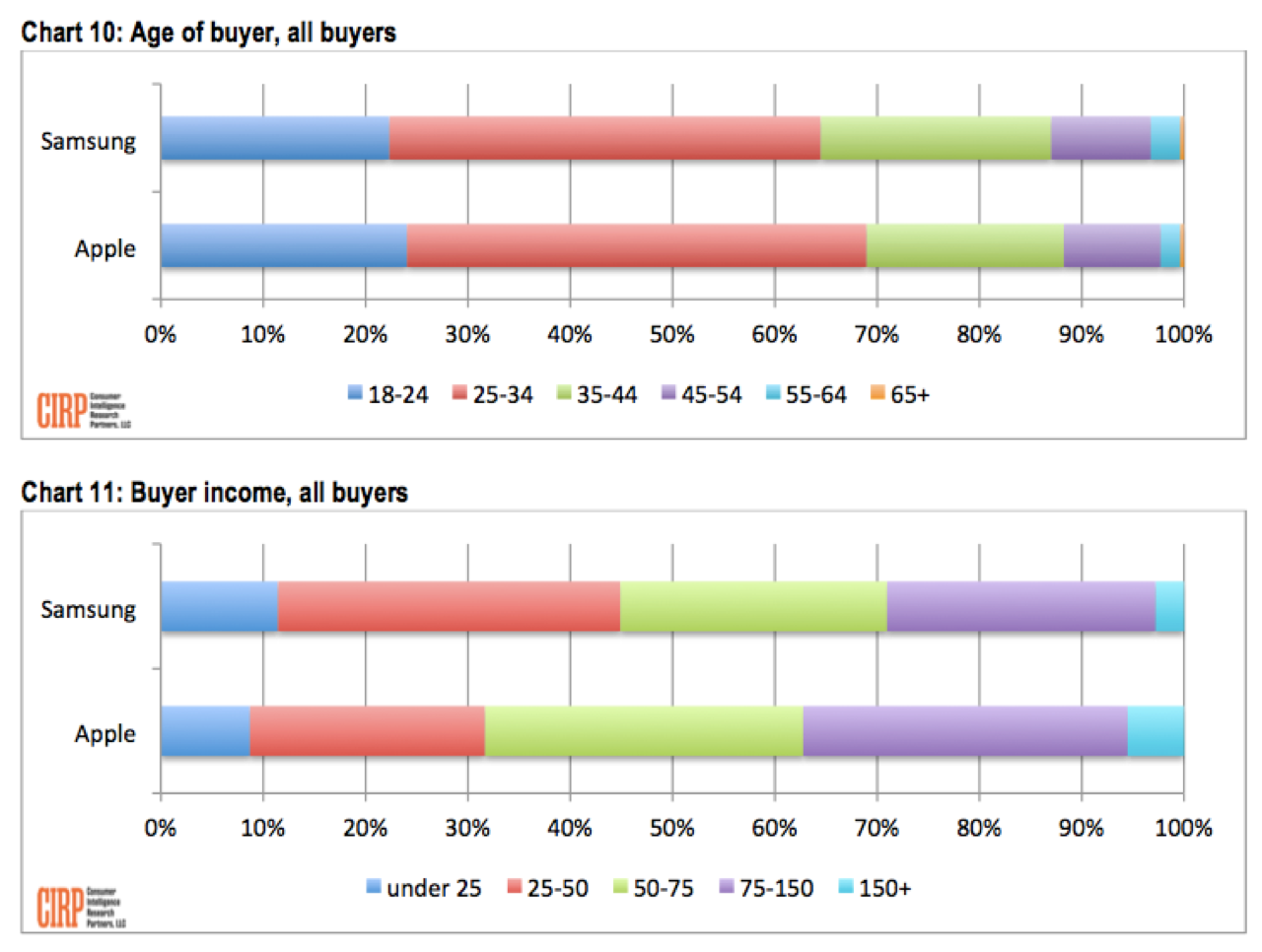