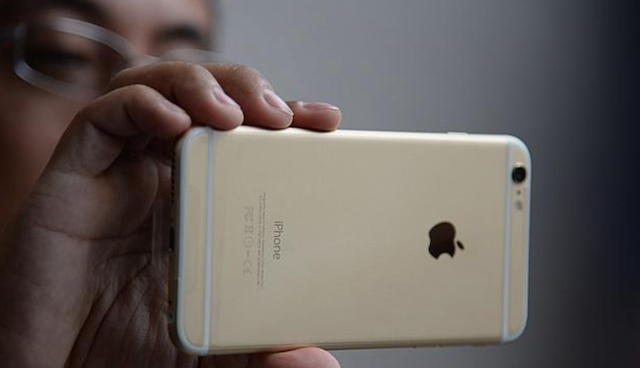 According to the Citrix Mobile Analytics Report for 2015, Apple’s larger flagship smartphone, the iPhone 6 Plus, has changed the way we use our smartphone, increasing appetite for watching video on the bigger and better screen. The report highlights that Apple fans who own a 5-inch iPhone 6 Plus use twice as much data as those with the 4.7-inch iPhone 6, attributing that extra data demand to a “insatiable hunger for video” for those people with the bigger screen device.

“iPhone 6 Plus subscribers generate the most data volume, double that of an iPhone 6. This increase impacts subscribers when choosing a new device — be careful to select a data plan that matches your super-sized screen.

The global mobile analytics report also points out that the top five games we play on our smartphone all have video, a significant change from 12 months ago when only two of the top five games contained video. The top smartphone games for 2015 according to Citrix are CSR Racing, Diamond Dash, Top Eleven, Hay Day and Subway Surfers.

In addition to the demand for video, the report shows that we increasingly use our smartphones to help us stay fit, with 78% of mobile subscribers using fitness apps, up from 39% in 2013.

Apple has launched MLS Season Pass globally on the Apple TV app, ahead of the 2023 season that kicks off on February 25, 2023. An MLS Season Pass will provide fans all MLS and Leagues Cup matches, plus hundreds of MLS NEXT Pro and MLS NEXT games as well. Apple says there’s some free on-demand […]
Gary Ng
8 mins ago

Anker has finally broken its silence on the eufy Security fiasco. eufy is Anker's privacy-centric smart home security brand, which landed in scalding hot water after its always-encrypted, local storage-only surveillance cameras were found to be streaming unencrypted live footage that could be accessed through a simple media player. Responding to many calls for answers...
Nehal Malik
10 mins ago

Today, Samsung has revealed the Galaxy S23 series of devices. During its annual keynote, the company revealed details on the new flagship devices encompassing the Galaxy line. This year, Samsung is pleased to announce the Galaxy S23, Galaxy S23+, and the premium Galaxy S23 Ultra. The new series of Galaxy phones iterates on its predecessors...
Steve Vegvari
31 mins ago