comScore has released their May 2012 report on the state of the US mobile industry, a key area that reveals how the smartphone wars have played out. The comScore MobiLens service noted both OEM and smartphone share from over 30,000 mobile subscribers. 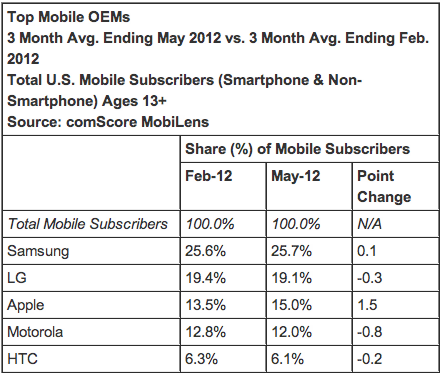 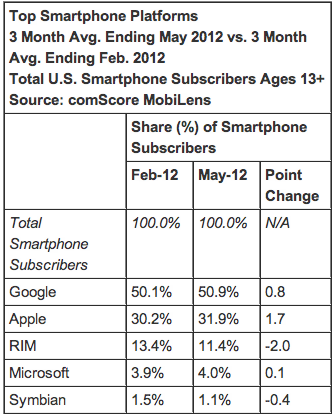 The smartphone wars have come down to Apple and Google, with former leaders RIM and Nokia now on the outside looking in. Apple’s growth continues to outshine others, even though it does not retain the crown as the top OEM or smartphone marketshare leader. Here is a graphic from comScore that shows the rise of the iPhone in 5 years:

Earlier today it was revealed the mobile web usage of iOS continues to dominate those of its competitors. comScore also releases stats for the Canadian mobile market so expect that update to come soon, with similar numbers.