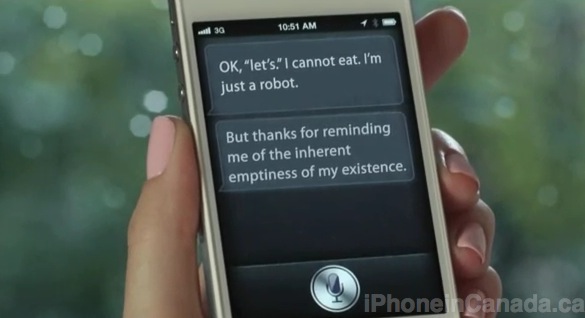 Although Siri looks spectacular on TV, Conan O’Brien and Team COCO show us the ‘sick and evil’ personality of Zooey’s Siri. Here’s how they describe it:

Zooey Deschanel and Siri are going through a bit of a rough patch.

It’s pretty funny, check it out below (Flash video):

Note to self: don’t ask Siri what the weather is when I’m standing next to the window!