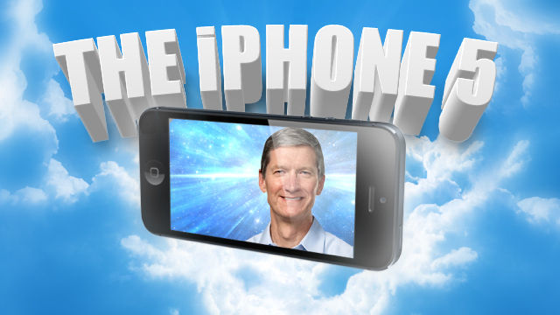 I’m absolutely loving these comedy sketches and iPhone pranks lately. We showed you a video yesterday of Jimmy Kimmel fooling many city-walkers into believing the iPhone 4S was the iPhone 5. Now competing talk show ‘Conan’ has a funny sketch they previewed on their Youtube channel.

Watch the video below, we don’t want to ruin the surprise:

The talk-show even posted some hilarious iPhone 5 statistics to their TeamCoCo blog, so here are a few we thought were funny:

-The new iPhone is 18% thinner and 20% lighter than the 4S, making it the first smartphone with specs one can measure in Triscuits.

-The new iPhone 5 magically induces people with the iPhone 4S to bite the insides of their cheeks until they tasted blood.

-The iPhone 5 is made out of a nanomorph mimetic poly-alloy, which means if you smash it against your desk in a frothing rage, it will reduce itself to a pool of liquid metal, then quietly reform back to its prior shape.

For more hilarious iPhone facts make sure to check out the TeamCoCo post. Also share in the comments what you thought about the iPhone 5 comedy sketch.