Back in March of this year we reported on new Apple Stores being built in Canada, in particular two stores in Southern Ontario. The store in Conestoga Mall in Waterloo looks to be near completion based on the image taken below by @thebruce0Â (effects from Camera+): 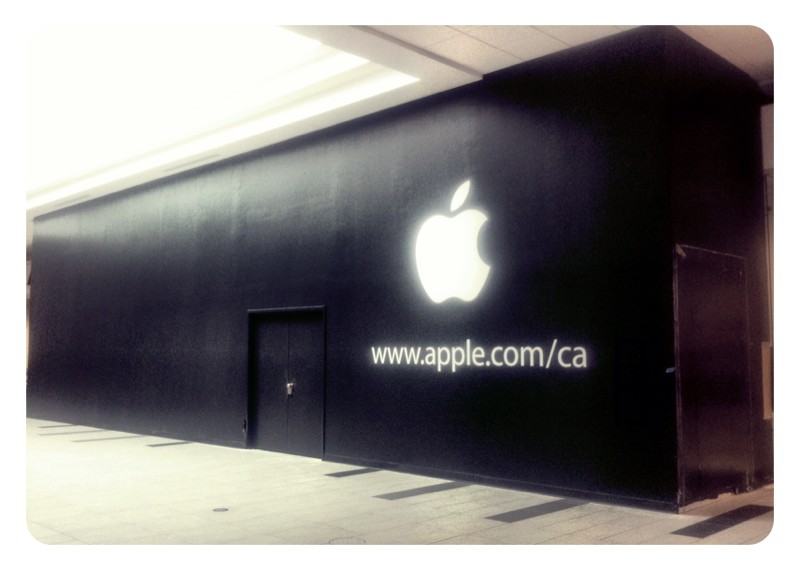 Other Apple Stores coming include a location at Mapleview Centre in Burlington, Ontario, and our exclusive post about Metro Vancouver’s fourth location coming to Metrotown in Burnaby.

If you’re near any of these stores, please send us a pic via twitter or email, and we’ll update this post! Who’s excited for an Apple Store to open near you?