How to ‘Connect’ Apple Watch to 5GHz WiFi Networks 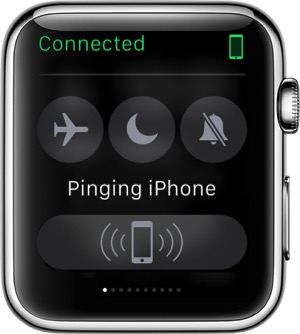 In an official support article about the Bluetooth and WiFi capabilities of the Apple Watch, Apple clearly states that the Watch won’t be able to connect to 5GHz Wi-Fi, or public networks requiring logins, subscriptions, or profiles. However, there’s an interesting workaround to get the Apple Watch to ‘connect’ to a 5GHz Wi-Fi network via the iPhone (via Reddit).

Switch off the Apple Watch.

Now forget the 2.4Ghz and 5Ghz Wi-Fi connections on the iPhone and also turn off Bluetooth.

Connect the iPhone to the 2.4Ghz network, and then turn on Bluetooth.

Turn on the Apple Watch, which will cause it to connect with the iPhone and connect to the 2.4Ghz network using the iPhone credentials.

Now turn off Bluetooth on the iPhone and test that Siri still works on the Watch or send an iMessage to test. Once done, turn Bluetooth back on on the iPhone.

Forget the 2.4Ghz network on the iPhone and connect it to 5Ghz network.

That’s it, your Apple Watch should now work seamlessly with your 5GHz WiFi network as well. Enjoy!