The folks over at YouTube channel Will it Work, who successfully connected the old SNES Mouse to an iPhone for playing iOS Nintendo games, have just shared their latest project in which they connect to and access optical media using the iPhone. 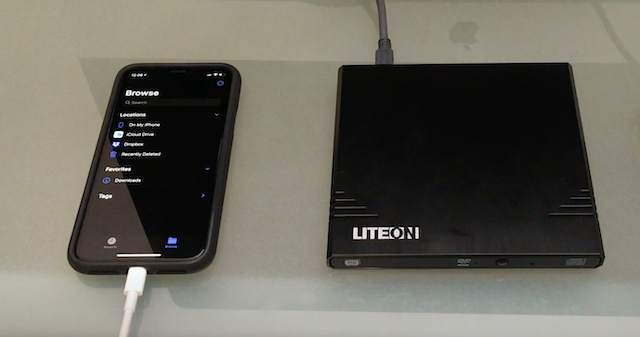 “After over a year and a half of trying, I finally figured out how to connect CD and DVDs to the iPhone,” notes the YouTuber, who uses a LiteOn drive to access the data on optical media.

Instead of the usual bit with me adding some data to a disk and showing it working with the iPhone,  I’ll take a look at three decades worth of retail optical media including PC CD-ROM, Mac CD-ROM, MP3 CD, Red Book Audio CD, Enhanced CD, Playstation CD, DVD movies, and more.