This $3,000 Connected Desk Reminds You to Stretch Your Legs

Called the Stir Kinetic M1, this connected desk developed by Stirworks tracks the time you spend on your feet, and reminds you when it’s time to stand up for your health (via The Wall Street Journal). To get this health benefit, all you have to do is let a desk nag you and spend a hefty sum of $2,990 for the privilege. Of course merely standing at work doesn’t strengthen your heart as much as vigorous exercise, researchers however believe it can even benefit people who do exercise. 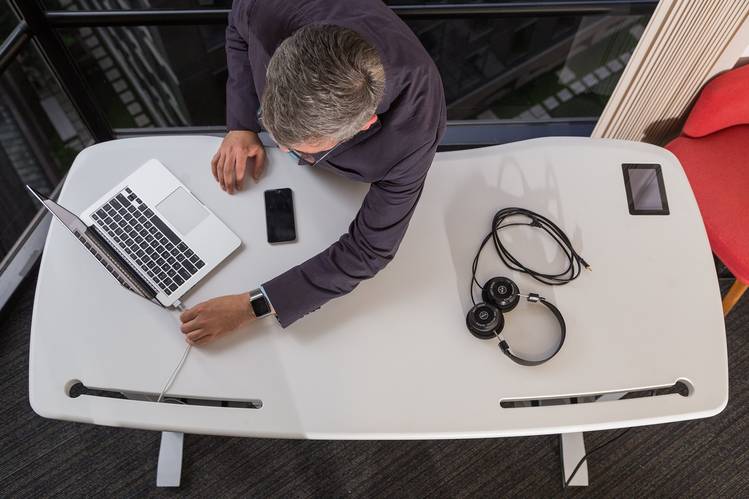 The M1 luxury smart desk has a touch screen embedded that lets you change positions with a few taps and check out your progress. The M1 calculates extra calorie burn using a MET calculator created by Linak, a business partner that makes the actuators in its legs. But there’s general consensus among researchers that standing requires more energy. Harvard’s School of Public Health’s online Nutrition Source says standing doing light work can use at least a third more energy than sitting at a computer.

“You’re always in control. The M1 won’t rise or fall without your explicit say-so, and you can temporarily disable the heaving reminders. You double-tap the integrated touch screen to raise or lower the desk to your desired heights—which it remembers. Touch menus let you adjust settings (like how often you want to stand) and find out how well you’re living up to the desk’s expectations”.

And before you start pointing out the M1’s insane price tag, here’s an interesting scientific fact, sitting down for more than three hours a day can shave a person’s life expectancy by two years!

More info on the M1 can be found here.