Mixed martial artist and UFC champion Conor McGregor is set to take on professional boxer Floyd Mayweather in a hyped fight this Saturday, in Las Vegas (they’re going to get #payyyddd). 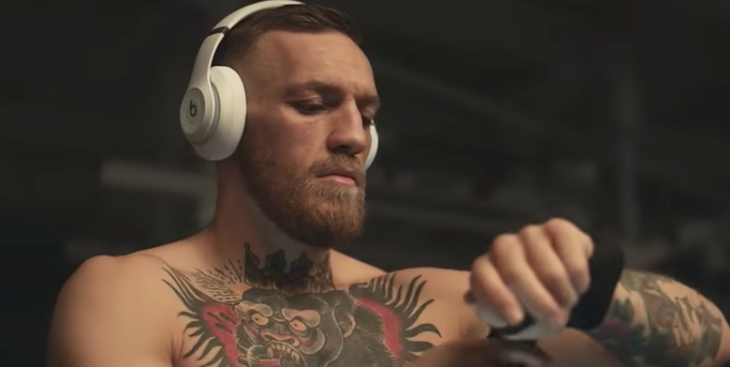 The latest Beats by Dre ad features McGregor, depicting two scenes, showcasing a younger version of the fighter and his friends, compared to present day, followed by the UFC star putting on Beats headphones and playing Notorious B.I.G.’s track Juicy (via Apple Music of course), a nod to the former’s nickname of ‘The Notorious MMA’.

The world is a noisy place. Whether you’re chasing boxing history or the thing that matters most to you, it’s important to block out the distractions and remember how you got here. #AboveTheNoise