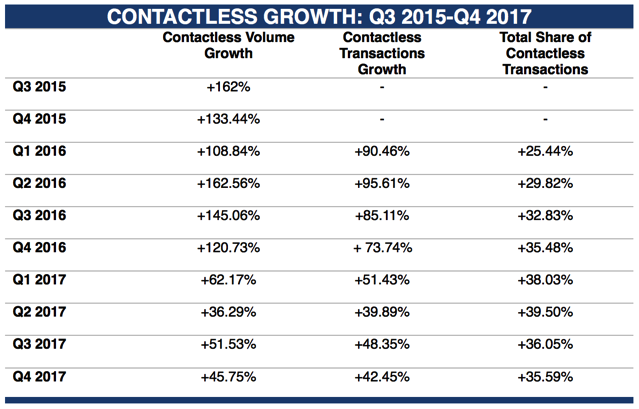 Moneris Solutions Corporation, one of Canada’s largest processors of debit and credit payments, has released its Q4 Canadian spending report revealing a 45.75% year-over-year growth in the fourth quarter of 2017. Customer spending in Canada also saw a 4.26% increase during the same time period, with 2017 posting an overall increase of 4.14% as compared to the previous year, according to data sent to iPhone in Canada:

“Stability and consistency defined 2017 when it came to spending in Canada. Quarter over quarter were almost predictable, with incremental increases in growth over the year before and no significant dips or spikes, a trend we’ll likely see continue through 2018,” said Angela Brown, President and CEO of Moneris. “While there are always variables when it comes to the economy on both the national and international front, we foresee the year ahead to continue on this trend of modest, steady growth.” 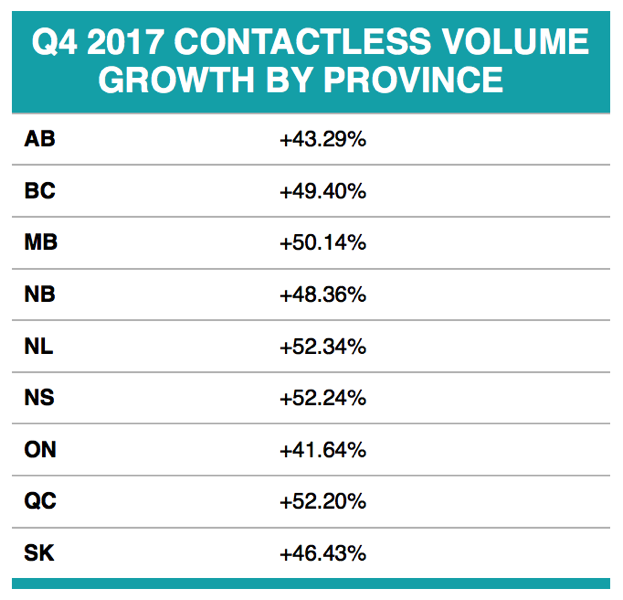 While contactless payment solutions remained a popular choice throughout the final quarter of the year, they are much lower than the adoption of consumer spending on contactless as reported in Q4 2016, which was up 120.73% year over year.

The report also found out that international visitors to Canada spent more in the fourth quarter of 2017 than during the same period of 2016, with an increase in volume of 14.44%.