Control your iPhone with your Brain, Seriously

I know, this seems unreal, but PLX Devices has announced an accessory called the Xwave or the iPhone (actually, all iOS Devices) which allows you to control and monitor your brain waves and interact with your iPhone using them, With your brain, people!

Using Neurosky (SkyNet anyone?) technology, which apparently on the forefront of brain – computer interfacing, they have their own line of headsets and games for PCs. PLX has created a headset that can read your brain thoughts, and translate that into actual actions on your iPhone. Xwave has a free iPhone App that tests your ability to relax, or focus, move a ball or change its colours (Don’t be confused by the picture below, the ‘ball’ is entirely virtual inside the App). 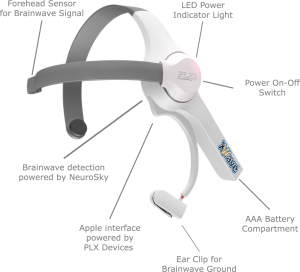 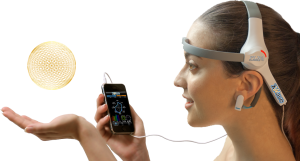 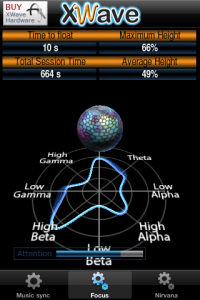 While that seems to be the extent of its usefulness (or lack thereof) now, they’re opening up their API to allow other developers to come up with other Apps that use this info so, presumably, there will be a whole host of ‘Brain Apps’ flooding the iTunes store once this product is out, in October. It’s not even priced crazy high, at $99 USD.

Anyone else entirely Creeped Out fascinated by this?

I, for one, welcome our new iPhone overlords.