The minister of the Cyberspace Administration of China has got an Apple Watch sneak peek by Apple CEO Tim Cook during a recent visit to Apple headquarters in Cupertino. According to CultofMac, a Chinese state-owned website has published photos of Cook demonstrating the smartwatch to Lu Wei, who reportedly visited Facebook’s campus to meet Mark Zuckerberg as well.

“Cook welcomed China’s Internet Minister to Cupertino for a tour of Apple’s iconic campus, and a preview of the upcoming Apple Watch, according to a report from China.com.cn. The dates of Lu’s visit and the reason behind it are unclear, but Apple wasn’t the only Silicon Valley giant he came to see. Lu also visited Facebook’s Mountain View campus to meet with Mark Zuckerberg, who reportedly greeted him in Mandarin.”

But despite the Chinese minister’s meeting with Zuckerberg, Facebook remains blocked by China’s censors, as Lu had told the press a couple of months back that the social network will not win approval there anytime soon.

Meanwhile, Lu was pictured with Amazon CEO Jeff Bezos as well, though the Chinese website’s report did not disclose the purpose of their meeting. 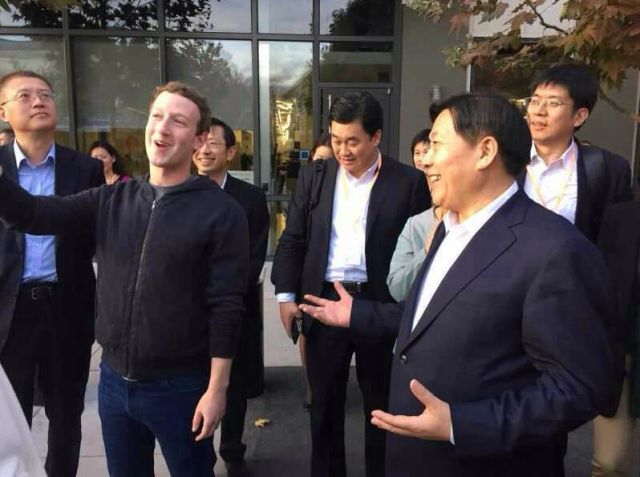