As spotted by Tom’s Hardware, performance benchmarks of a possible Core i9-powered iMac with 10910 Comet Lake CPU and an AMD Radeon Pro 5700 XT with 65GB of RAM have appeared on Ashes of the Singularity. 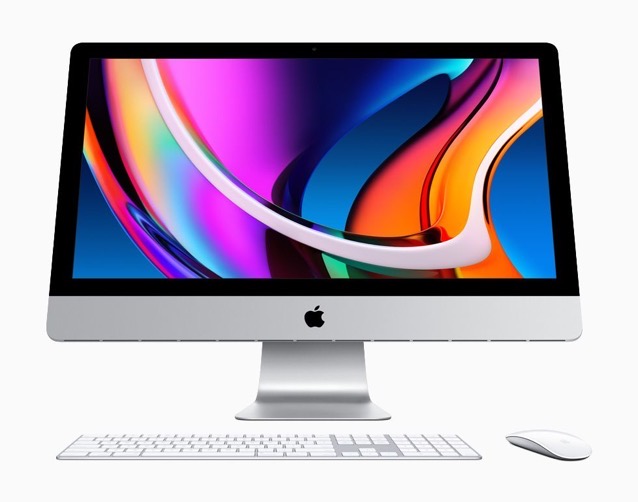 Intel’s Core i9-10910 processor, which is rumoured to be exclusively sold to Apple, features 8 cores, 16 threads, a base frequency of 3.6 GHz, and a max turbo boost of 5 GHz flat. It also includes a configurable TDP of 95W-125W which further confirms it is targeted towards an iMac.

For benchmark results, the Core i9-10910 system scored an average frame rate of 41.7, however, the specific resolution used is unknown.

What’s interesting about this benchmark score is the GPU used in the system, a Radeon Pro RX 5700 XT. This is the first we’ve heard of such a GPU, so we wouldn’t be surprised if this is another Mac exclusive, presumably for the new iMac. If we had to guess, the Radeon Pro 5700 XT is simply a Pro model of the 5700 XT with a lower TDP.

But with all the contradicting info suggesting that Apple will feature its new M1ARM-based chips in its upcoming iMac, does this mean Intel and Apple silicon will co-exist?

As reported by 9to5Google, Google’s new wired Nest Doorbell which appeared in the Google Home app last month has been leaked early in stores with availability expected later this week. The new Nest Doorbell was spotted in a Best Buy store, with the packaging saying “2nd generation” and “Wired” with a check mark, in white and dark...
Usman Qureshi
5 mins ago

As the volume of trips to and from post-secondary campuses across Canada is doubling, Uber is sharing some back-to-school trends highlighting how students are relying on ridesharing to get around on and off campus. "Now that classes are back in full swing, it’s a great time to remind students how to use Uber app features...
Usman Qureshi
32 mins ago