An Israeli company is accusing Apple of ripping off smartphone camera lens and image zoom technologies in two of its newer iPhone models. 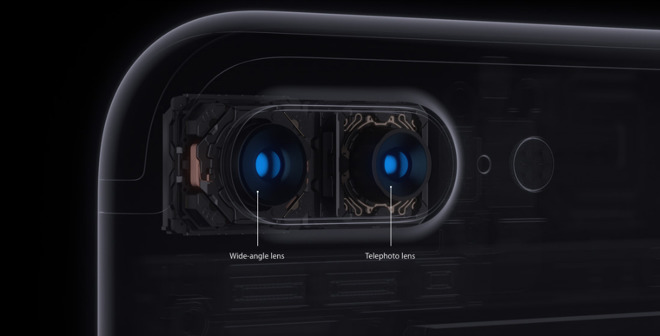 In a lawsuit filed Monday, Tel Aviv-based Corephotonics alleges that Apple willfully infringed four patents in making and selling the iPhone 7 Plus and iPhone 8 Plus.

Corephotonics, a Tel Aviv-based startup founded in 2012 by university professor David Mendlovic, filed its patent infringement case against Apple in federal court in San Jose, California, on Monday, according to Reuters.

In its lawsuit, the startup says Mendlovic spoke with Apple about a partnership and the Cupertino-based iPhone maker praised the technology but refused to license it. Corephotonics says Apple executives even suggested copying its technology with little consequence.

“Apple’s lead negotiator expressed contempt for Corephotonics’ patents, telling Mendlovic and others that even if Apple infringed, it would take years and millions of dollars in litigation before Apple might have to pay something,” reads the complaint filed by Corephotonics.

The case centers around so-called “dual-aperture lens technology,” which the complaint says incorporates both wide-angle and a miniature telephone lenses to take higher-quality photos.

Corephotonics also alleges that the iPhones infringe separate patents that allow for more high-resolution zoom in still photos and video by fusing images taken by both lenses.

“Corephotonics developed special techniques to ensure that the transition from the wide lens to the telephoto lens and back would be smooth,” and received patents on those designs, it alleges.

Apple just released its latest model, the iPhone X, but it is not included in the lawsuit because the complaint was prepared before the release in stores last week.