Corning has announced Gorilla Glass 4, which it says is two times tougher than competitors when dropped on rough surfaces based on a new one-metre high face-down drop tests. 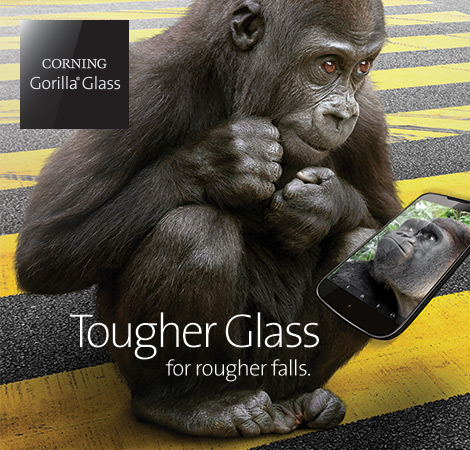 These tests revealed Gorilla Glass 4 survived 80 percent of the time during face down drop tests on 180-grit sandpaper and outperformed competing materials such as soda-lime glass or aluminosilicate glass. Check out their new promo video below:

James R. Steiner from Corning said in a statement “Corning Gorilla Glass has outperformed competing materials, such as lower-cost soda-lime glass and other strengthened glass, since it was introduced in 2007, and we’re always innovating to push the limits of what glass can do.”

Replacing a broken screen is one of the higher costs of owning an iPhone and many customers would welcome tougher and more shatter resistant displays.

There’s no word whether Apple will use Corning Gorilla Glass 4, but given the ugly bankruptcy of GT Advanced, it may take a while for the iPhone maker to find another source capable of producing sapphire glass on a large scale.