Corning, a company known for its Gorilla Glass used by Apple and other handheld manufacturers, has unveiled the ‘Lotus XT Glass‘, its latest glass substrate designed specifically for high performance LCD and OLED displays. Lotus XT Glass, which is available in a variety of thicknesses ranging from 0.4 to 0.7 mm, is an upgraded version of the original Lotus Glass announced back in 2011. 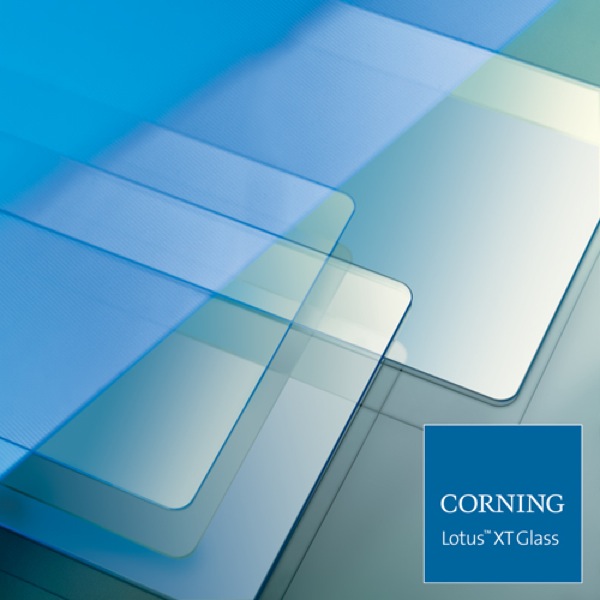 According to Corning, Lotus XT Glass offers improved thermal characteristics and stability to help increase efficiency and yield during display production. One of the key elements of the new material is “best-in-class total pitch variation, or the distance features move during panel processing”. Corning claims that Lotus XT is an energy efficient, immersive display that features high resolution, fast response times and brighter picture quality.

Corning Lotus XT Glass also offers the advantages of Corning’s proprietary fusion process while meeting the stringent cost requirements of the mobile device and IT display market. Its superb surface quality supports the backplane characteristics required for the vibrant colors and clarity OLED and LCD transmissions are known for”.

With Lotus Glass XT offering up to 75% better performance in total pitch variation than the original version, it is quite likely that Apple adopts it for future iOS devices. Below is a video of John Bayne, vice president and general manager of Corning High Performance Displays, discussing how the features of Lotus XT Glass respond to ever-changing market demands: