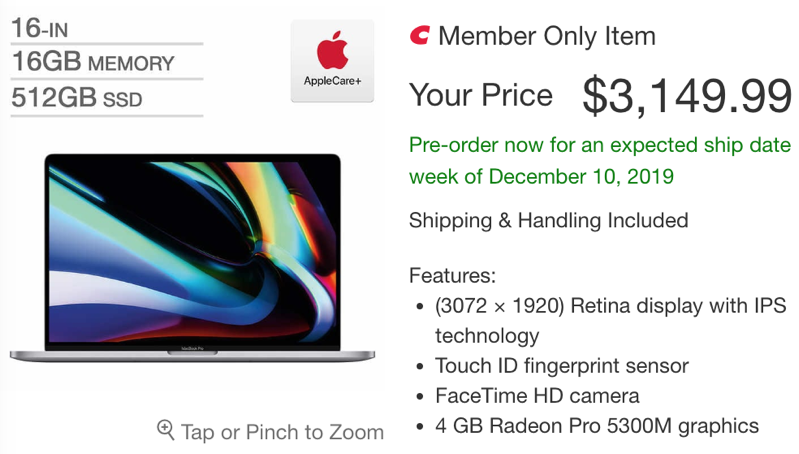 Costco Canada recently just launched sales of various Macs online and at warehouses, and now the 16-inch MacBook Pro is joining the mix. Costco is offering the 16-inch MacBook Pro configuration above for $3,149.99, saving you $268.01 versus buying from Apple, or about 8% in savings. That’s pretty good for a Mac that launched just two weeks ago (with the company’s tried, tested and true scissor-switch keyboard again).

Buying from Costco means you get 90 days to return your Mac if you’re not satisfied with it.

Costco says pre-order is available now and 16-inch MacBook Pro orders will ship the week of December 10, 2019. Costco’s online shipping speeds are pretty fast so you’ll most likely get this before Christmas Day.