Costco has some sales on Apple products right now, specifically iTunes Cards and the iPhone 6. 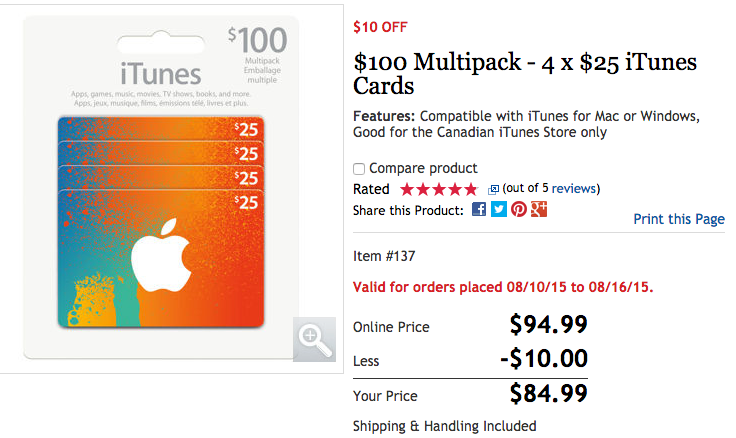 These discounted iTunes Cards can be used to fund your iTunes Account, which means you’ll be saving 20% off every digital purchase from Apple, including subscriptions, such as Apple Music (free trial ends at the end of September!).

The last time we saw a similar sale was back in June. This sale goes until August 16, 2015 and for buying online, a membership is not required (just skip the part where it asks for your membership number).

If you’re into 2-year contracts with Rogers or Bell, the 16GB iPhone 6 is available for $147.99 from the mobile kiosk within stores, which comes with “bonus monthly minutes” (50 Canada to USA long distance minutes per month; $27.50/mo value) and “bonus Lightning charger.” 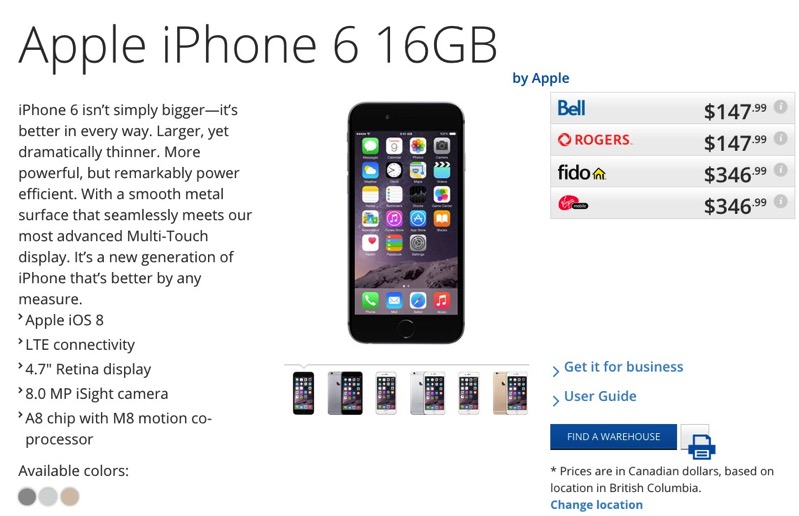 Earlier today, we reported Rogers, Bell and MTS currently have the iPhone 6 Plus on sale, starting as low as $179 (from MTS) and $299 from the incumbents. TELUS had a flash sale on the iPhone 6 Plus this past weekend only.

Thanks Ivan and Hugh!