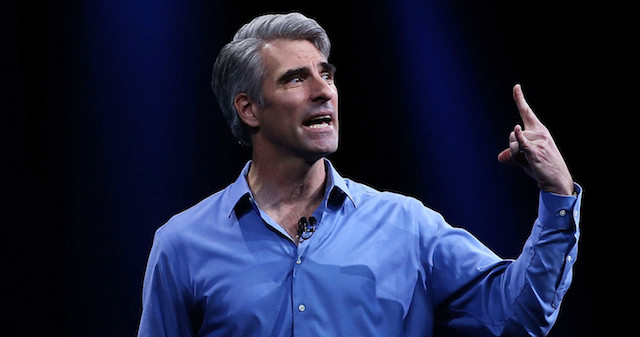 According to a report by The New York Times, federal law enforcement officials are renewing a push for a legal mandate that would require smartphone makers to build a backdoor for an easier way to gain access to encrypted mobile devices. However, Apple SVP Craig Federighi has strongly opposed the idea, saying it makes “no sense” to weaken a device’s security.

“Proposals that involve giving the keys to customers’ device data to anyone but the customer inject new and dangerous weaknesses into product security. Weakening security makes no sense when you consider that customers rely on our products to keep their personal information safe, run their businesses or even manage vital infrastructure like power grids and transportation systems.”

Citing people familiar with the matter, the report notes that the FBI and Justice Department have been meeting with security researchers on ways of enabling “extraordinary access” to encrypted devices. As a result, Justice Department officials are claimed to be convinced it’s possible to enable a backdoor without weakening the security of devices against cyber attacks.

Last month, the Trump administration reportedly circulated a memo among economic and security agencies, suggesting ways to think about solving the issue. Meanwhile, the law enforcement officials have revived talks in the executive branch over whether to ask Congress to enact legislation mandating the access mechanisms.

While Apple has provided access to iCloud data when served with legal orders in the past, it continues to resist the U.S. government’s efforts to provide a backdoor into iOS devices.