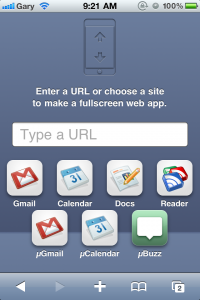 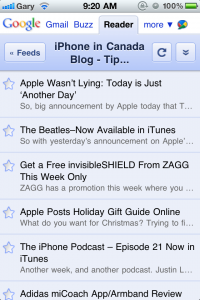 There are a few web apps I’ve bookmarked to my homescreen. These include Gmail and Google Reader to name a couple. You can easily make them full screen web apps by visiting FullScreen.me on your iDevice. Not only that, you can get high resolution Retina Display icons for supported icons like Gmail or Google Reader (hurry up Google!). You can also set a custom status bar colour and set a splash screen URL.

Just enter in any website and it’ll make your web app full screen. It works on any iOS device so give it a try.