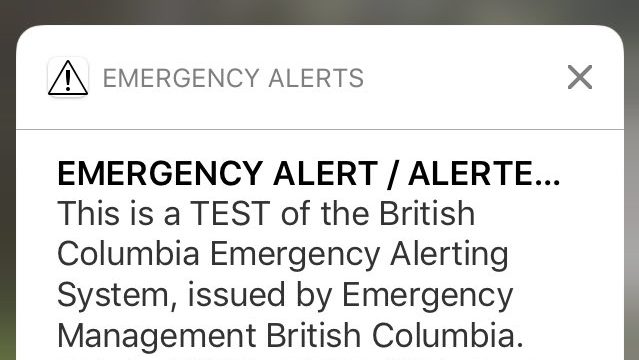 According to a new report from the Financial Post, the CRTC is working with all of its partners to fix the technical errors that caused the test emergency alerts to be inconsistently distributed to Canadians.

The alert system faced even more criticism on Monday after the first real alert was issued in Ontario. Wireless providers are required to provide a report back to the CRTC with any issues they find by May 21. In a statement, CRTC spokeswoman Patricia Valladao said:

“Once the problems have been identified, the CRTC will take appropriate steps to address the different situations that affected wireless public alerting in Canada.”

Any issues that are found will require work from the wireless carriers, Pelmorex, and the government to fix.

Pelmorex’s senior vice-president of regulatory and strategic affairs Paul Temple said that the test did what it was supposed to by identifying areas of improvement. He said this was bound to happen as it is a complicated system:

“It’s a complicated system. dWhen the real emergency happens, you want to be able to address some of the issues before that.

The expectation that everyone’s phone is going to go off was not a realistic one at this point of time.”

The wireless emergency alert system will provide Canadians with real time updates of any imminent safety threats or other mass warnings, such as dangerous weather. As a user, you will not be able to opt out of these alerts.