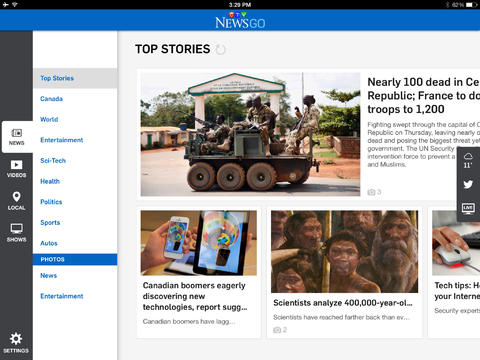 CTV News Go gives users the latest and breaking news with a cleaner, simpler design and now features more news content than ever before.

CTV News Go is available as a free download from the App Store.