@vicpdcanada is it illegal to have a cellphone stored in your cupholder while driving? I see that @IRPlawyer is defending a lady in Richmond who was slapped with a $368 fine for this and im interested on your take so that law-abiding citizens can avoid large fines and demerits.

Josh Delgado, who was given the ticket in Saanich while he was stopped at a red light, says he is heading to court to challenge the distracted driving ticket. Delgado told the publication that his phone was plugged into a USB charger facing down and connected to his work van’s stereo via Bluetooth. 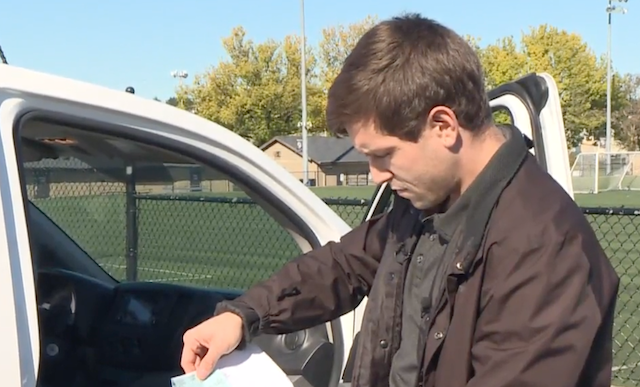 ‘I’m definitely against distracted driving, I just had a co-worker pass away in a motorcycle accident recently, so it’s not something I’m out there doing,” he said, adding that he felt a warning would have been more appropriate in the circumstances.

“But it just shows that that’s not what they’re trying to do. They’re not trying to prevent people being on their phone they just seem to be trying to collect money.”

Saanich police told Global News the department reviewed the ticket, but won’t be cancelled, after speaking with the officer involved.

“Based on the observations of the officers, the phone was being used by the driver and as a result he was stopped and issued this ticket,” wrote Sgt. Julie Fast in an email to Global News.

According to the B.C. Supreme Court rulings, police are not allowed to issue tickets for people who just have a phone loose in the vehicle, whether it’s in the cup holder, the center console, or on the passenger seat.