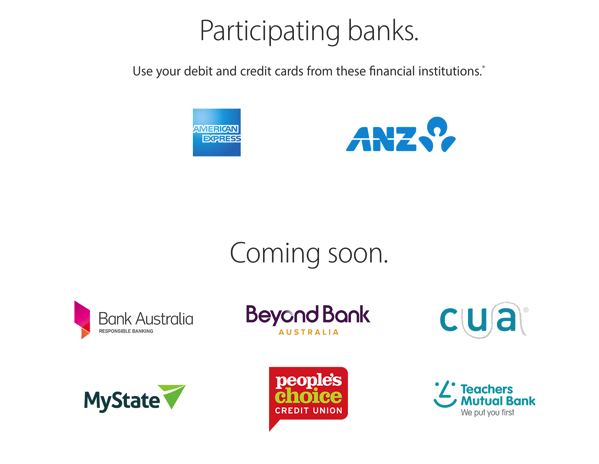 Cuscal will provide backend connection services between the banks, cardholders and Apple Pay systems, according to the agreement. Vice President of Apple Pay Jennifer Bailey said Apple wants as many Australians as possible to be able to use it. “We are thrilled that customers from more than 30 of Cuscal’s banks and credit unions, including People’s Choice Credit Union, Credit Union Australia and Teacher’s Mutual Bank, will be able to enjoy the convenience, security and privacy of Apple Pay,” she added.

AMEX and ANZ have so far been been the only Australian financial institutions to support Apple Pay. Following today’s announcement, the following banks will also get support for Apple’s mobile payments solution in Australia: