Russian-based luxury company Caviar has just announced that its custom AirPods Max headphones made out of ‘pure gold’ will soon be available to order for a whopping $108,000, MacRumors is reporting. 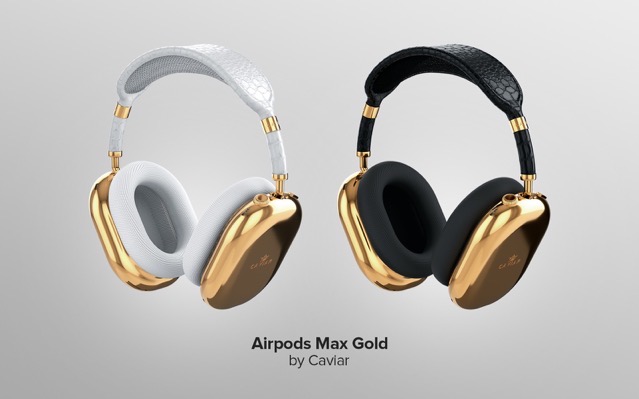 As you can see in the image above, Caviar’s custom AirPods Max will be offered in white and black colour options.

The company claims that each colour will be offered “in a single piece worldwide,” suggesting that the headphones will be quite exclusive.

According to Caviar, the pure gold design “looks elegant, emphasizing the status of the owners and their impeccable taste,” and is for people who “want to always be on top.”