Sterling Crispin, the developer behind the popular VR painting app Cyber Paint, has been hired by Apple, Variety is reporting. Crispin’s app allows VR users to draw their own 2D and 360-degree pictures while wearing their headsets and is available for Oculus Go, Daydream, GearVR and Vive Focus. 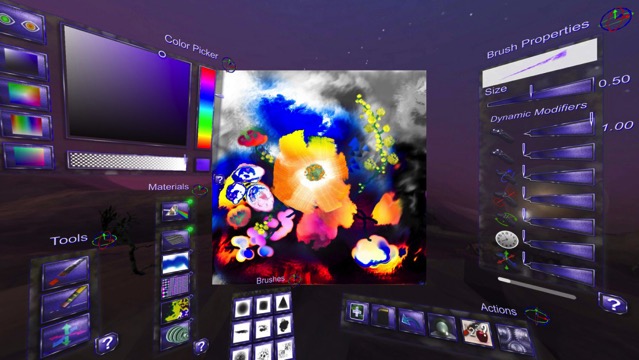 Crispin has worked as a consultant for a variety of AR startups, including the LA-based maker of AR solutions for industrial applications DAQRI, and has also worked on “significant SDK development for a head-mounted augmented reality device”, as stated on his Linkedin profile.

The source notes that Apple hired Crispin in May as a prototyping researcher and although Apple hasn’t issued any official comment on the hire, it is quite evident the company is continuing to invest heavily into AR and VR development.

“Cyber Paint is just one of a number of apps exploring drawing and creativity in VR. Best known among these apps is undoubtedly Tilt Brush, a 3D drawing app for high-end VR headsets that was acquired by Google in 2015.

Facebook-owned Oculus has a VR drawing and animation app of its own: Quill, which was developed by former Pixar technical director Inigo Quilez.”

Recent reports have also hinted that Apple is developing a combined AR / VR headset that could hit the shelves in the next couple of years.