Cyberpunk 2077 developer CD Projekt Red has today announced on Twitter that the previously announced expansion for the game will finally be launching in 2023. 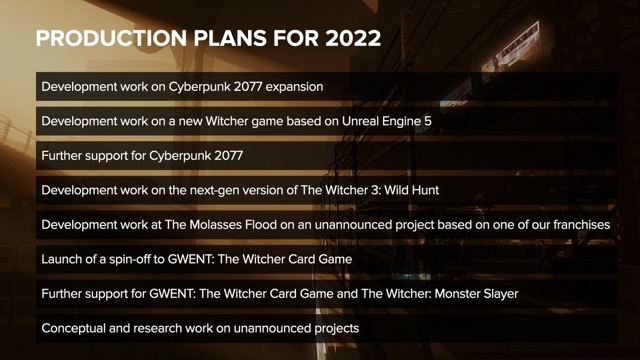 This new, currently untitled expansion represents the first full-scale content for Cyberpunk 2077 since the game’s release in 2020.

The developer also outlined its 2022 production plans in the tweet, which includes continued work on Cyberpunk, development of the next Witcher game based on Unreal Engine 5, and the next-gen update for The Witcher 3, which is currently delayed.

As it was mentioned in @CDPROJEKTRED_IR financial call moments ago, Cyberpunk 2077’s upcoming expansion will arrive in 2023. Please stay tuned for more details coming later this year 🦾 https://t.co/rq1w6RDTDL