The university and AppArmor are proud to announce this new mobile safety app as a way to try and improve campus safety, especially in light of recent events. DalSAFE offers students, faculty members, and staff customized safety features specific to their university. 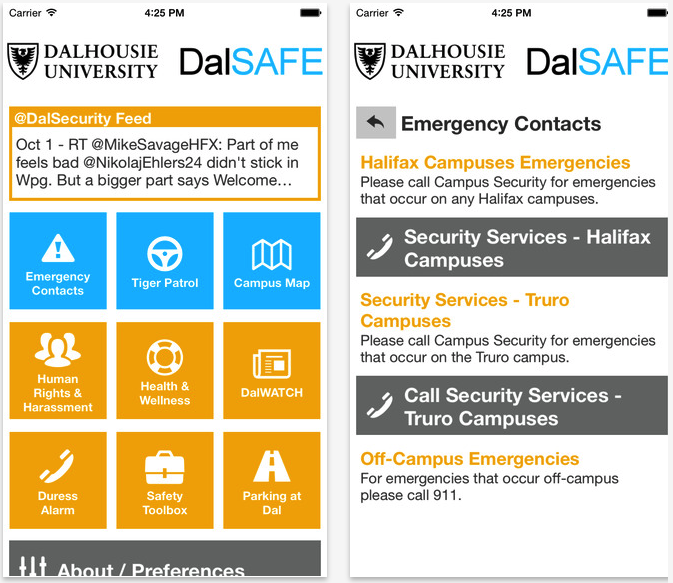 The goal of the mobile app is to made safety resources more accessible for the school’s 18,000+ students. In a statement, Jake MacIsaac from Dalhousie Security said:

“By making it free and available to students with an iPhone, Blackberry or Android, the app represents a better way to make students safe and make them feel safe because suddenly security is accessible to anyone, anywhere, at any time.”

The app provides quick access to various safety resources, offers geolocation features with interactive maps, and provides access to emergency plans and emergency contacts even when the user is not connected to the internet. The security team at Dalhousie also has the ability to push mass notifications to all users, even if the app isn’t running.

DalSAFE is available as a free download from the App Store. The app requires any device running iOS 6.0 or later.