Developed by a 21-year old Torontonian Zack Fisch, who came very close to losing a leg, the Dash MD iOS app was one of two entries to win CBC Toronto’s 2017 pitch competition. According to CBC News, the app caught the attention of CBC Toronto’s judges at Resolve TO, a festival for entrepreneurs and startups, where Fisch had just 60 seconds to explain how his app can help patients get more info after being discharged from the hospital. 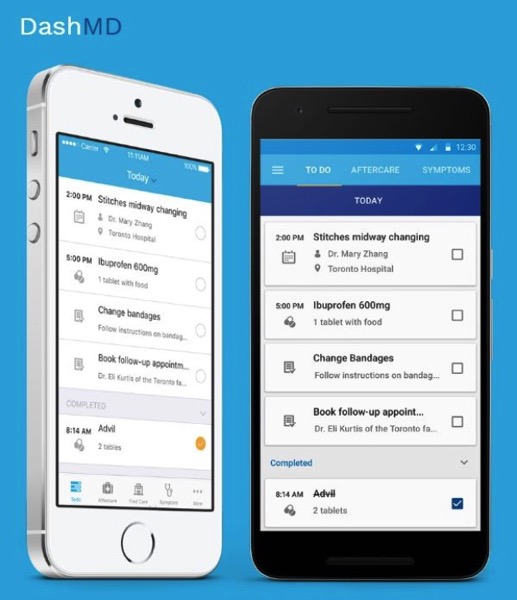 When Fisch was leaving the hospital, he hadn’t been able to absorb what the nurse had told him about how to care for his leg in a cast, explaining that he was “stressed, tired, and coming off of morphine”. After coming home from the hospital with his broken leg in a cast, he noticed a tingling feeling and pain. “I just didn’t act on it, I didn’t do anything,” he said, explaining that he assumed it was part of the healing process.

Unbeknownst to him, his cast had been put on too tight and he had developed something called compartment syndrome, dangerously decreasing blood flow to his leg. “As a result of not having proper instructions as I was being prepared to leave the hospital … I almost had an amputation,” he told CBC Radio’s Metro Morning.

That was the moment he came up with the idea for his app, Dash MD

Dash MD is an app for patients to download after they are discharged from the hospital, and offers detailed aftercare instructions and information about what symptoms to watch out for. The app is currently in use at Markham-Stouffeville hospital, with plans to expand to Michael Garron hospital and Southlake Regional Health Centre.

Fisch said that he plans to launch the app in as many hospitals as he can. You can download Dash MD for free at this link.