DAVE Wireless To Launch In Early 2010

DAVE Wireless, one of the other new entrants into the Canadian wireless industry, has been quietly prepping their HSPA network for an early-2010 launch. The company has been gathering millions of dollars in financial investments and as Dave Dobbin, the company president, says â€œWe are on track to bring competition to Canadian wireless consumers in early 2010 with our state-of-the-art Ericsson 3G network.”

In 2010, DAVE Wireless will be launching in five cities: Vancouver, Toronto, Calgary, Edmonton and Ottawa. Once they launch, this will bring a fifth major carrier to Canada to compete among the big three (Rogers, Telus, Bell) and the newest member, WIND Mobile.

At this time, not much as been revealed in terms of price plans and devices, so we can only hope for great plans and an iPhone! 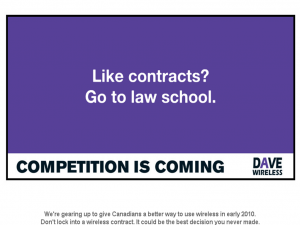 Two earthquakes in Turkey and Syria have occurred in a span of 12 hours, causing devastation in both nations, and now Telus and Koodo say they are now helping with relief efforts. Telus and Koodo said immediately, they are waiving all roaming charges for calls, text and data overages for customers currently in Turkey and Syria. […]
Gary Ng
20 mins ago