David Letterman, who has largely stayed out of the spotlight since leaving the Late Show on CBS in 2015, is making a comeback by signing an exclusive deal to host six episodes of a new program for Netflix, TechCrunch is reporting. “David Letterman is a true television icon, and I can’t wait to see him out in the wild, out from behind the desk and interviewing the people he finds most interesting”, said Netflix’s Chief Content Officer Ted Sarandos. 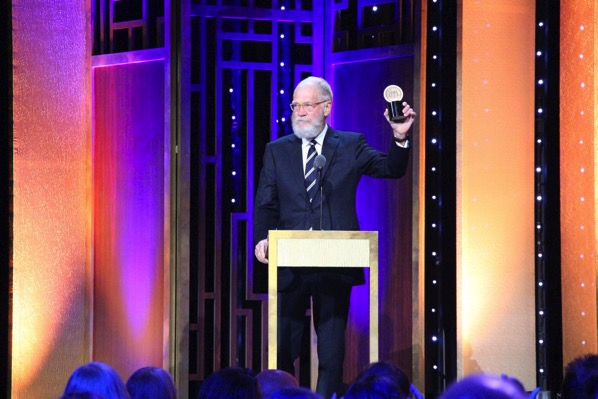 While Netflix has not yet announced any details of the topics, format or guests for the program, it sounds like it won’t just be a standard in-the-studio talk show. Following his departure from the Late Show, Letterman appeared in the climate change documentary program Years of Living Dangerously and he also reminded everyone how funny he can be in a recent, wide-ranging interview with New York magazine.

“I feel excited and lucky to be working on this project for Netflix,” Letterman said in a statement. “Here’s what I have learned: If you retire to spend more time with your family, check with your family first. Thanks for watching. Drive safely.”

The David Letterman series is being produced by RadicalMedia, the company behind Netflix’s What Happened, Miss Simone?, Oh Hello on Broadway, Abstract: The Art of Design and Letterman’s Worldwide Pants banner.

Letterman’s new show on Netflix is scheduled to premiere in 2018.