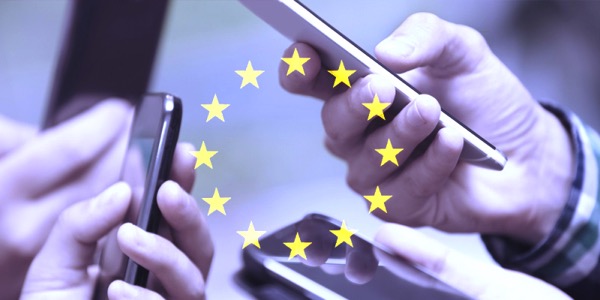 What seemed to hit a roadblock earlier last year is now closer to reality than ever before: the European Union today announced that negotiators have reached an agreement which would end roaming charges for mobile subscribers across Europe (via Venturebeat).

This is a huge step toward the ambitious plan to create a Digital Single Market that unifies Europe’s fragmented rules around digital content, commerce and mobile communications.

As a result, 15 June 2017, will bring roaming charges to an end, as representatives of the European Parliament, the Council and the Commission have agreed how to regulate the prices carriers charge each other when customers use other networks while traveling within the European Union.

Mr Andrus Ansip, Vice-President for the Digital Single Market, welcomed the agreement: “This was the last piece of the puzzle. As of 15 June, Europeans will be able to travel in the EU without roaming charges. We have also made sure that operators can continue competing to provide the most attractive offers to their home markets. Today we deliver on our promise. I warmly thank the European Parliament rapporteur Miapetra Kumpula-Natri and all the negotiators from the European Parliament as well as the Maltese Presidency of the Council of the EU and all those involved in achieving this milestone. Their efforts made it happen”.

The European Parliament and Council must still formally approve the deal, but since the initiative is backed by regulators, politicians and wireless carriers, this should be only a formality.

This means that after June 15, wireless subscribers will be able to roam-like-at-home, call and send SMSs, as well as surf the Web at the same price they pay at home. The EU Commission will conduct a review of the wholesale market by the end of 2019 and provide the co-legislators with an interim assessment by 15 December 2018.

Taiwan Semiconductor Manufacturing Co. (TSMC), Apple’s primary chip supplier, will also produce advanced 4-nanometer chips at its $12 billion USD under-construction manufacturing facility in the U.S. state of Arizona — reports Bloomberg. The information comes from people with knowledge of the matter, who said TSMC will announce the new plan next week during a ceremony at...
Nehal Malik
29 mins ago