Deezer Comes to Google Home with Support for ‘Flow’

Deezer Premium+ users can now listen to music through their Google Home smart speaker, while being able to control playback entirely through their voice. According the Deezer’s official blog, the feature is launching in France and Germany, with the UK, US, Canada and Australia coming soon. You can play your favorite playlists, artists, radios and audio contents through your smart speaker. Just start with “Ok Google”. 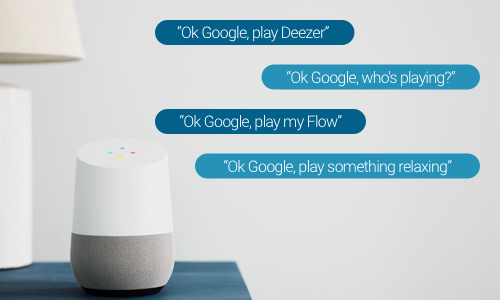 There’s nothing more annoying than sitting down at a family meal, and realizing you forgot to add some music. With Google Home, you can say “Ok Google, play my Flow” and enjoy your meal together, at the same time and while it’s still warm.

Get home, kick off your shoes, crash-land onto your couch, and “Ok Google, play something relaxing”. There, you’ve saved enough time to go get that well-deserved glass of Prosecco out of the fridge. It’s called killing two birds with one stone.

If you don’t already have a Google Home speaker and are planning to get one, it’s currently available on discount for CDN $159 from Google Store Canada.

Apple and Swedish mobile telecom gear maker Ericsson today announced that they have signed a multi-year, global patent license agreement that will effectively put an end to a long-running legal spat over 4G, 5G, and other cellular technology patents. "We are pleased to settle the litigations with Apple with this agreement, which is of strategic importance...
Nehal Malik
27 mins ago