By now you should be familiar with the work of designer Martin Hajek. The Dutch designer is known for his ability to create some of the nicest 3D renders of Apple products and his latest batch imagines what Apple’s upcoming wearable device could look like next to the iPhone 6.

Despite what the Internet has seen so far with alleged iPhone 6 leaks, no concrete evidence has emerged for Apple’s wearable device, or what everyone wants to be called, “iWatch”. This leads us to believe it could be manufactured in the USA (the new Mac Pro never leaked—and it’s made in the USA), instead of the company’s vast Asian supply chain, usually a source of leaks.

Hajek’s concept reveals a watch-like device with a curved screen and a similar iOS interface we all know and recognize, along with a front-facing camera. Here’s how the designer describes his concepts:

And here are some more conceptual images of the rumoured iPhone 6 and iWatch.

I based the iWatch concept on my iPhone 6 concept; making it round and soft and adding those strange plastic bands on the back.

Check out the images below and tell us what you think: 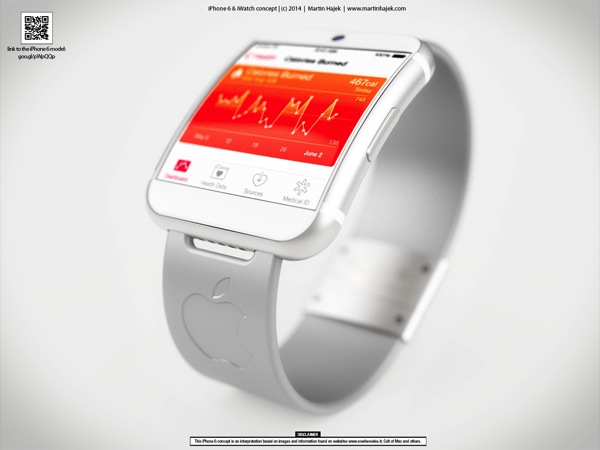 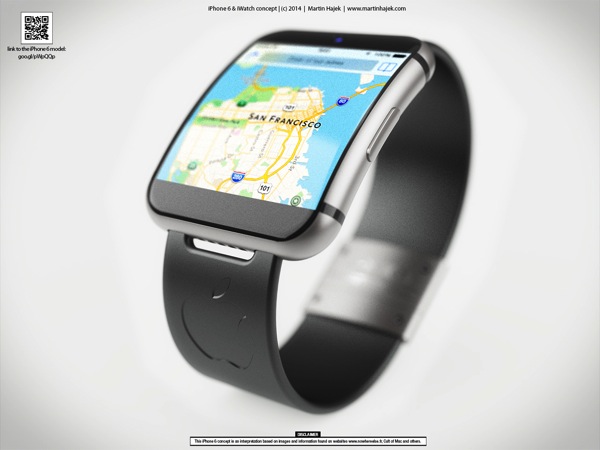 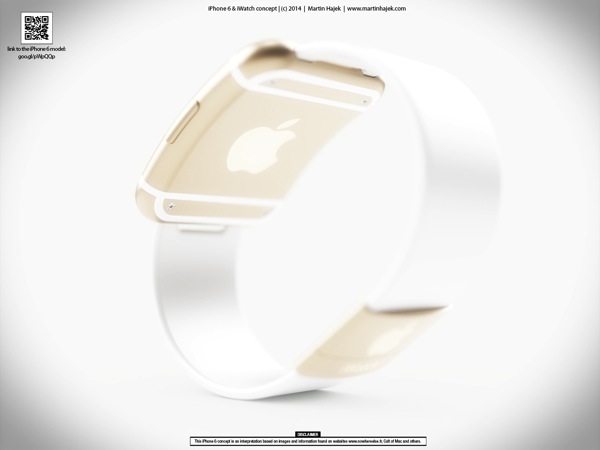 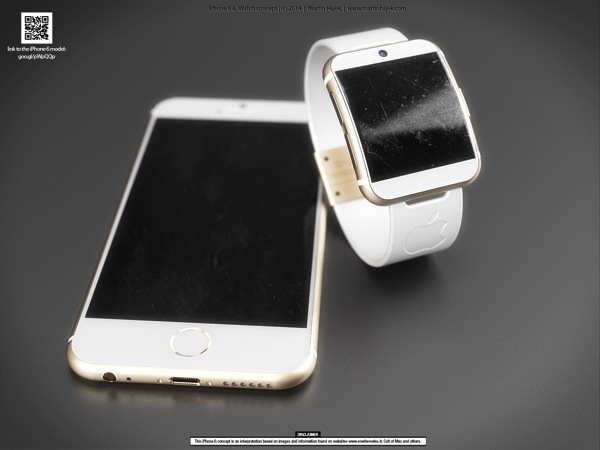 An #iwatch with a scratched screen? Surely not! 🙂 http://t.co/DBSmPZlqRc #apple pic.twitter.com/x0qUphflQo

Late last month, Hajek released some 3D renders of what the iPhone 6 rear casing would look like based on recent rumours.

You can check out the entire gallery released by Hajek here.