Surpassing 4.6 billion streams across leading streaming platforms in just 6 months, Luis Fonsi & Daddy Yankee’s “Despacito” has officially become the most streamed song of all time. According to Universal Music, the number includes streams for both the original song and the accompanying remix featuring Justin Bieber, making Despacito the biggest hit of 2017 so far. 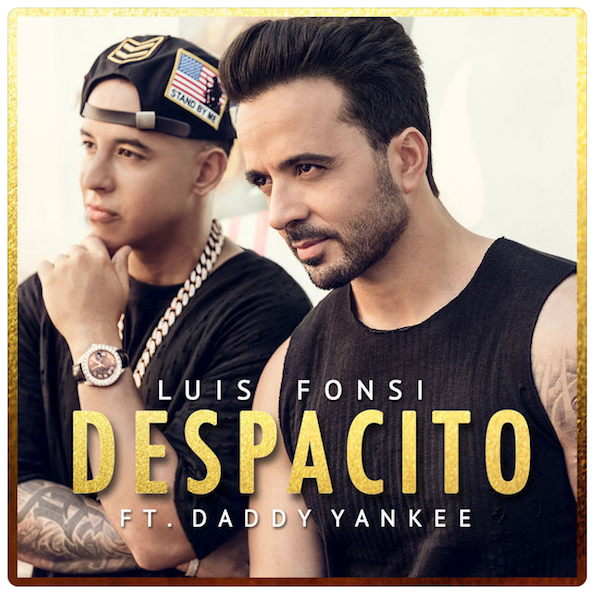 Justin Bieber has also surpassed his own record that he previously set with “Sorry” and its associated remixes, which to date have accumulated 4.38 billion plays. Commenting on the milestone, Luis Fonsi said, “Streaming is a connector for audiences worldwide and it has helped my music reach every corner of the planet. It is truly an honor that ‘Despacito’ is now the most streamed song in history.”

After dominating radio, streaming, and music videos during the past six months, “Despacito” shows no signs of slowing, with a long line of industry accolades, achievements and records eclipsed on its unprecedented ascent to the top of the global charts.

Sir Lucian Grainge, Chairman & CEO, Universal Music Group, said: “Luis Fonsi already had the undisputed, biggest song of the year – and now he’s setting even bigger records. Streaming has opened up the possibility of a song with a different beat, from a different culture and in a different language to become a juggernaut of success around the world.

If you haven’t already, you can check out the track on iTunes and Apple Music at this link.

Apple’s Stage Manager multitasking feature in iPadOS 16 is only for tablets with the company’s M1 chip, but that is now changing. According to Engadget, Apple told the publication Stage Manager is now expanding to older iPad Pro 3rd gen and 4th gen models when iPadOS 16 is released later this year. M1 iPad Pro […]
Gary Ng
32 mins ago