Before the iPhone 5 can potentially find a home among all three of Chinese’s major mobile carriers, it needs to pass 3C (China Compulsory Certificate) certification, a network access license and approval from the China Radio Management agency. Today, Apple’s latest handset has passed the 3C certification, the system that inspects and approves product sales in the Chinese market (via TNW). 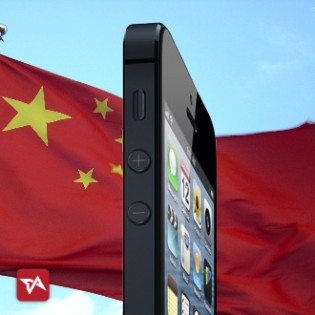 Two models of iPhone 5 i.e  A1429 which would be geared for China Unicom’s WCDMA network (the same as Hong Kong version of the iPhone 5) and A1442, which would work on China Telecom’s CDMA2000 network, have today passed the 3C certification, taking Cupertino’s latest smarphone one step closer to going on sale in China. That leaves China Mobile, the world’s largest wireless carrier.

China Mobile, the world’s largest wireless carrier with almost 700 million subscribers, may have a shot at getting the iPhone 5 after a teardown revealed that the smartphone’s baseband chip does have native support for the operator’s homegrown TD-SCDMA 3G network. Apple, however, would have to release a new model with slight modifications, as it doesn’t currently list the standard on its technical specifications.

The report also highlights that iPhone 5 still has a few hoops to jump despite getting 3C certification, as mobile phones in China also require a network access license and a sign-off from the China Radio Management agency.

China Unicom is reportedly planning to start selling the iPhone 5 by the end of the year, while China Telecom said it expects to offer the new phone around the same time as well. Chinese customers who don’t want to wait can already purchase the iPhone 5 on the grey market for $1500 – $1700.

Apple announced this week its Maps team will be driving and walking across six Canadian cities next week. The Apple Maps team will be in Toronto, Montreal, Calgary, Vancouver, Edmonton and Ottawa from Monday, August 8, 2022. Apple says they will be “driving vehicles and wearing specialized backpacks with equipment to help us build the...
Gary Ng
5 hours ago