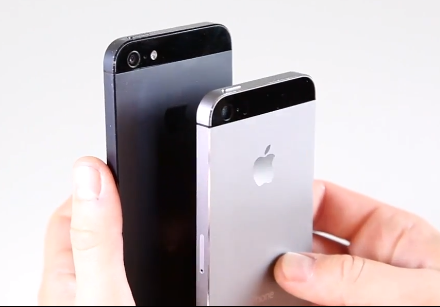 Back in late August Australian leaker Sonny Dickson posted images of what appeared to be a possible fourth iPhone 5S colour: graphite. We’ve already seen a hands-on video of the graphite iPhone 5S shell, but now there is another detailed look at the unit posted by YouTube channel uSwitch, which acquired the shell via Sonny Dickson.

If you can’t get enough of these videos, check out the latest below, which shows a much closer look at the graphite iPhone 5S shell compared to a black/slate iPhone 5:

Apple is expected to debut a new iPhone 5S in a gold/champagne colour option  at its September 10 media event. The countdown is on, folks!

Taiwan Semiconductor Manufacturing Co. (TSMC), Apple’s primary chip supplier, will also produce advanced 4-nanometer chips at its $12 billion USD under-construction manufacturing facility in the U.S. state of Arizona — reports Bloomberg. The information comes from people with knowledge of the matter, who said TSMC will announce the new plan next week during a ceremony at...
Nehal Malik
54 mins ago