As spotted by the folks over at iPhone Ticker, iOS 13.4 seems to have leaked the details of Apple’s upcoming CarKey feature, which the company has not yet announced officially. Viewing the privacy information for Apple Wallet in iOS 13.4 reveals details about how users can add a car key to the Wallet app. 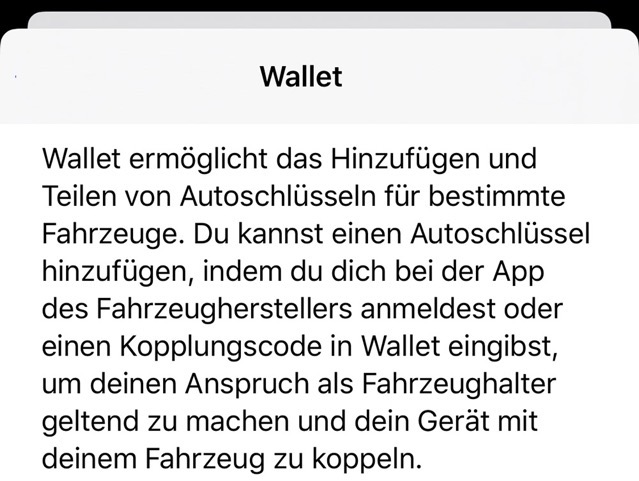 It appears that users will soon be able to add virtual car keys for ‘certain vehicles’ to the Wallet app on iOS. Users will be able to do so by signing into an App Store app from a supporting manufacturer and following the steps to add a pass for the key. There will also be a way to directly add a car key using a pairing code.

Users will also be able to share their car keys with family members by using the Invite button on the back of the car key pass or through iMessage.

Apple will likely announce the CarKey feature at next week’s WWDC event, with BMW expected to be the company’s first CarKey partner.