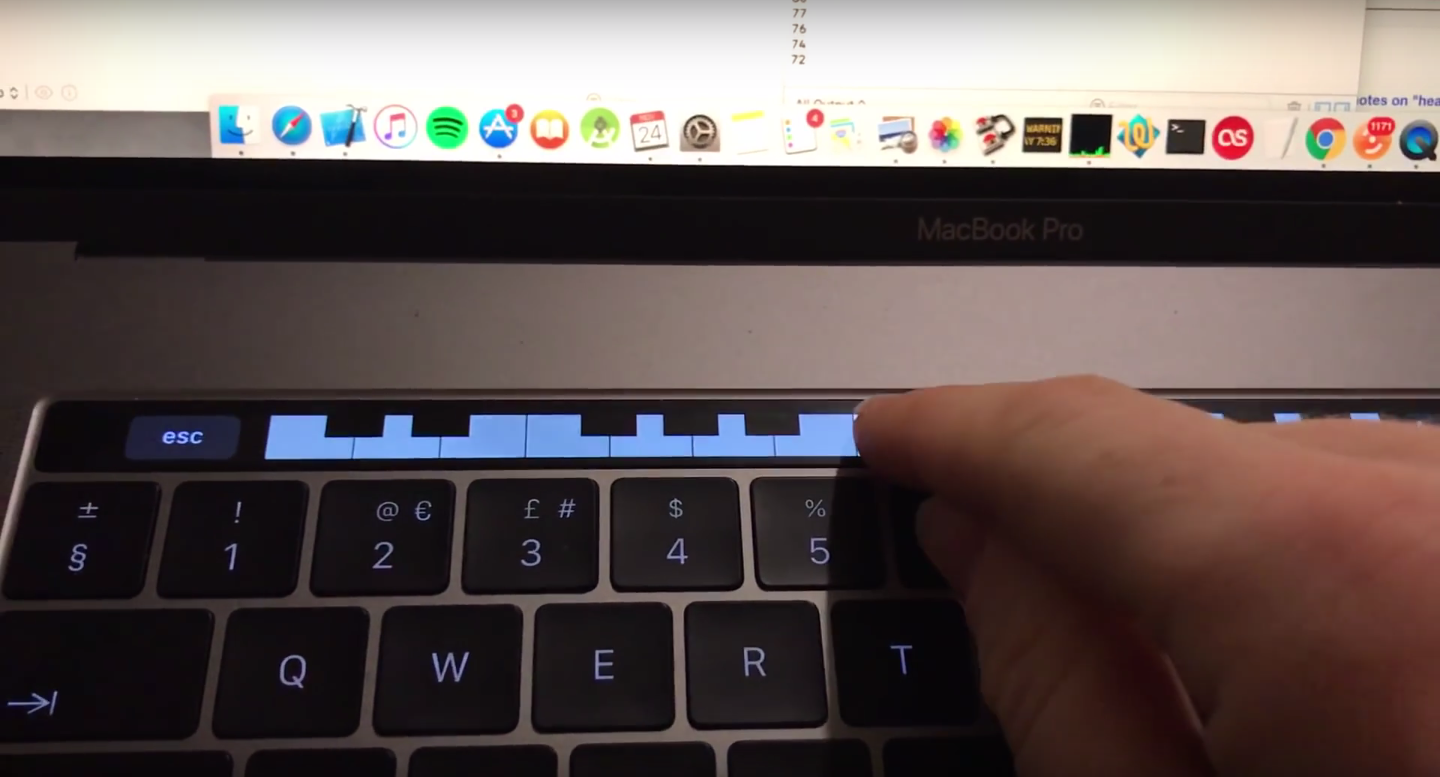 When Apple launched the new MacBook Pro, the biggest change to the computer was the addition of the Touch Bar. The Touch Bar replaces the function keys with virtual keys that change depending on the currently running application.

Apple showed off a bunch of uses for the Touch Bar at the unveiling of the computer, including enabling DJs to control the music they’re playing. Have you been looking for ways to make music from scratch? There’s an app for that!

The app is called Touch Bar Piano and displays a virtual piano on the Touch Bar of the new MacBook Pro. The app isn’t just limited to a piano, it lets you play a total of 128 different instruments. The developer behind it, Graham Parks, says the app does “nothing useful on other Macs.”

This app probably isn’t going to be particularly useful if you’re an actual pianist. However, if you just wanted to play around with some melodies, it could be a very cool app.