Apple has today revealed that since the App Store’s launch in 2008, developers have earned $120 billion with more than a quarter of that in the past year alone. The company made the announcement as it opened doors to 11 female-founded app development companies for the inaugural session of its Entrepreneur Camp. 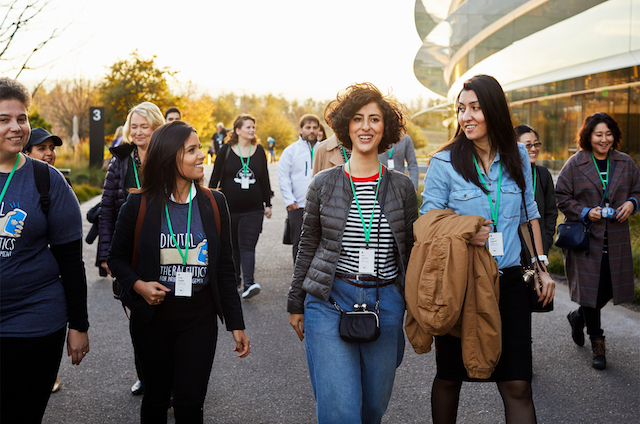 For those who aren’t aware, Apple’s Entrepreneur Camp is a new program aimed at providing female app creators the tools needed to grow in today’s global app economy.

The two-week immersive hands-on experience will allow participants to work one-on-one with Apple experts and engineers to significantly accelerate their app development. The program’s curriculum will help developers take advantage of cutting-edge Apple technologies, including optimizing for the A12 Bionic chip, integrating Core ML, building new experiences with ARKit, and more:

“In the past, starting a small business often meant having to invest in overhead, inventory or retail space. Today, a world of opportunity opens up with some coding skills and an entrepreneurial spirit,” said Esther Hare, Apple’s senior director, Worldwide Developer Marketing and executive sponsor, Women@Apple. “The App Store is the new digital Main Street, and creative developers are tapping into the vast potential of the global app economy.”

Each company that participates in the Entrepreneur Camp will also receive two tickets to WWDC and complimentary membership to the Apple Developer Program for one year. To learn more or to apply for the program, visit this link.