iOS developers can now order a 42mm Apple Watch Sport with a Blue Sport Band with guaranteed delivery date of April 28, MacRumors is reporting. The Cupertino tech giant started sending out emails earlier today to the developers informing them of this second chance at getting the Apple Watch early, so they can begin testing apps on their devices. 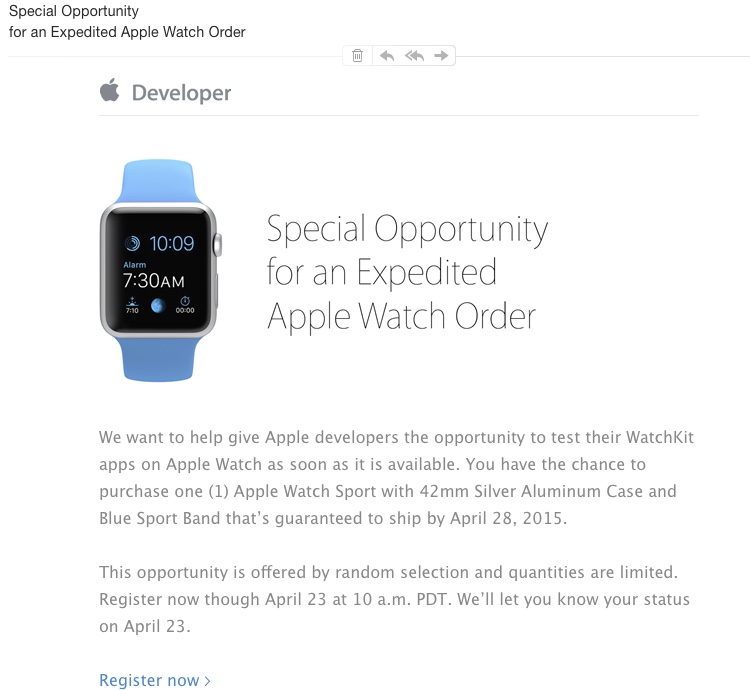 Apple clearly notes that quantities of the Apple Watch are limited, and developers eligible for the offer will be chosen by random selection. It is however not yet known why Apple is offering that particular watch combination to developers, i.e the 42mm Aluminum Apple Watch Sport with the Blue Sport Band.

Did you order the same Apple Watch combination as well? What’s your expected delivery date?