The folks over at MacWorld have spoken to a number of leading game developers about the current state of gaming on Apple Watch, as the wearable is about to reach a full year in the market, and it seems that there’s a lot of excitement about the wrist-based gaming market today and ahead. Some developers however are still uncertain about whether players are going to embrace wearable gaming like they did smartphone games. 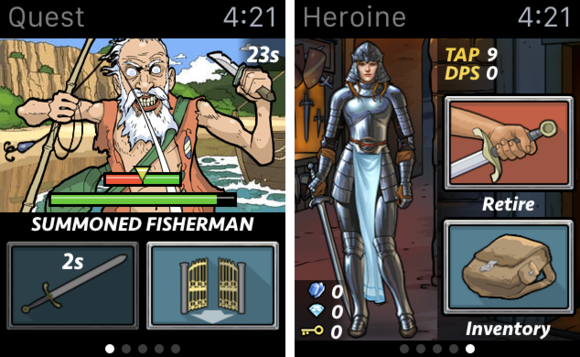 Aki Järvilehto, the CEO and president of Everywear Games which was founded solely to make wearable games, says “Smartwatch games are very, very different from mobile games”. “They’re glance-based entertainment and are highly accessible,” he continues, while explaining that well-designed smartwatch games “turn these lightning-fast game sessions into experiences that grow with the player through days, weeks, and months, and they can be tremendously compelling in their nature”.

Meanwhile, Jacob Williams, a 10-year indie developer who has recently worked on a game called Fortune Fighters for Mac, says the smartwatch just doesn’t click as a gaming device.

“It only took me about a day to realize this device wasn’t for gaming at all,” he says. “Doing anything for more than about two minutes on the Watch is uncomfortable. This wasn’t going to work for me as a developer, and I didn’t believe it was going to work for gamers.”

To read more about what other developers think about the future of gaming on Apple Watch, check out the lengthy article at the source page.